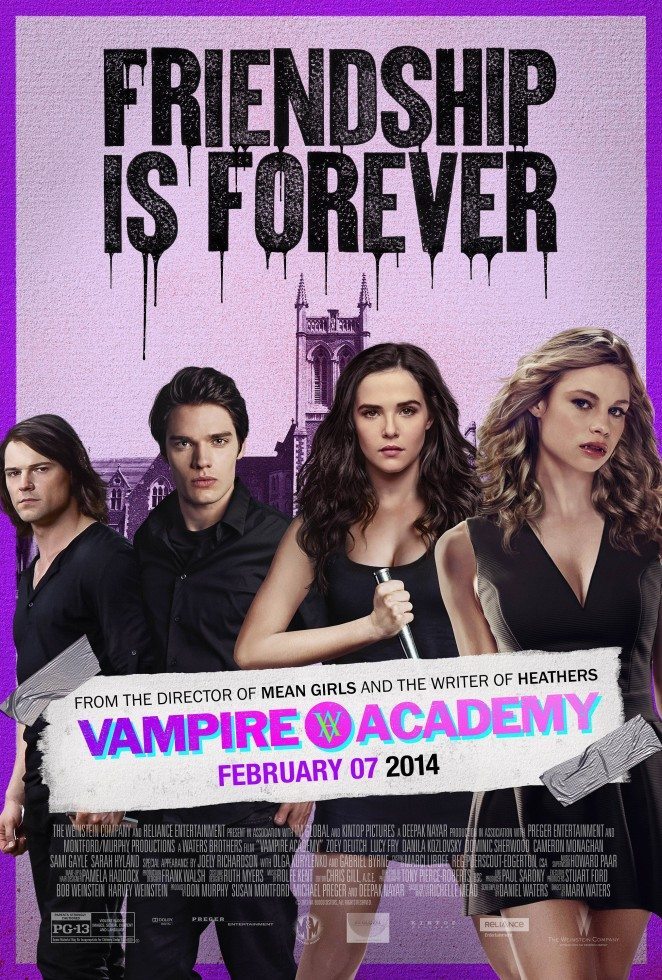 My initial viewing of Vampire Academy left me with very conflicted feelings. Part of me felt so let down and angered at Mark and Daniel Waters for bringing so little justice to the material of one of my favorite book series and dumbing it down in the process. Another part of me was so thankful and thrilled to have Rose and Lissa and the secret vampiric society they resided in before me on the big screen at all; something I had been craving for a long time. I followed this film coming to life every step of the way through development when it became clear it would become a reality. I wrote a review after seeing the film nearly two years ago, an extremely critical one, even attacking so many little details that in the grander scheme of things I now realize don’t have the damaging weight they seemed to at the time. I never published that review, because I think a part of me knew a lot of that was just the initial surprise of what the film ended up being after waiting to see it realized for so long. I knew a second viewing was essential to what my true views on the film would be. Luckily, during my second viewing I was able to enjoy the film a lot more, but that doesn’t mean the flaws weren’t still evident. Read the full review. 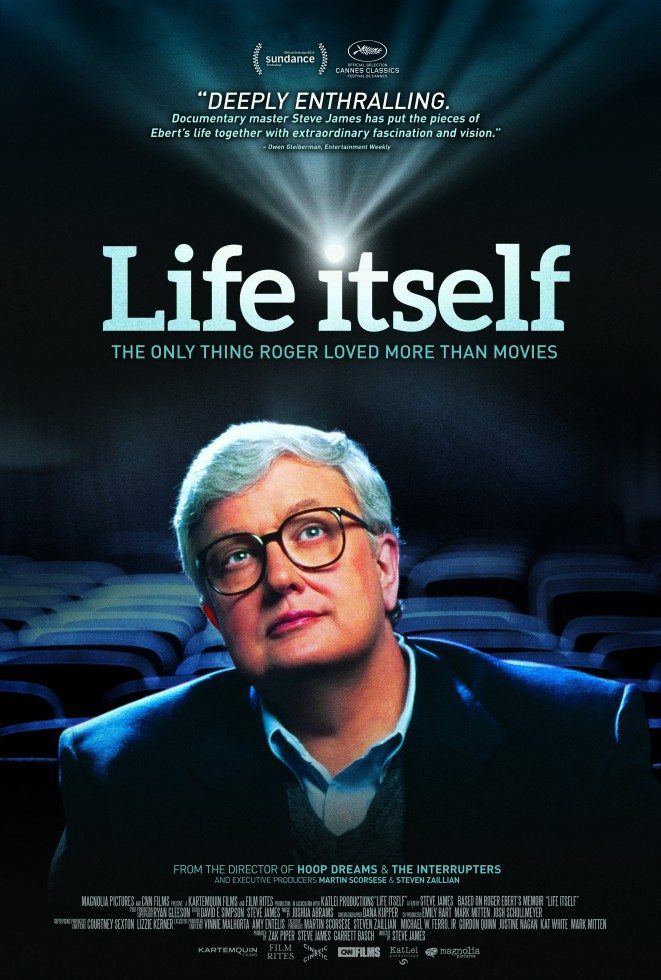 Life Itself is everything a film on legendary film critic, Roger Ebert’s, life should be. It’s gripping, honest, heartbreaking, inspiring, and even has comedy sprinkled throughout, matching Ebert’s wit. Most importantly it’s a movie that really hits you and makes you feel such raw intense emotion. Ebert held the classic films in high regard and was very analytical with a film’s technical and intellectual aspects, but what was even more important to him was the unique experience that a particular movie held and what it made him feel. Life Itself truly is an experience; one with gut-wrenching emotion on many different levels throughout. Read the full review. 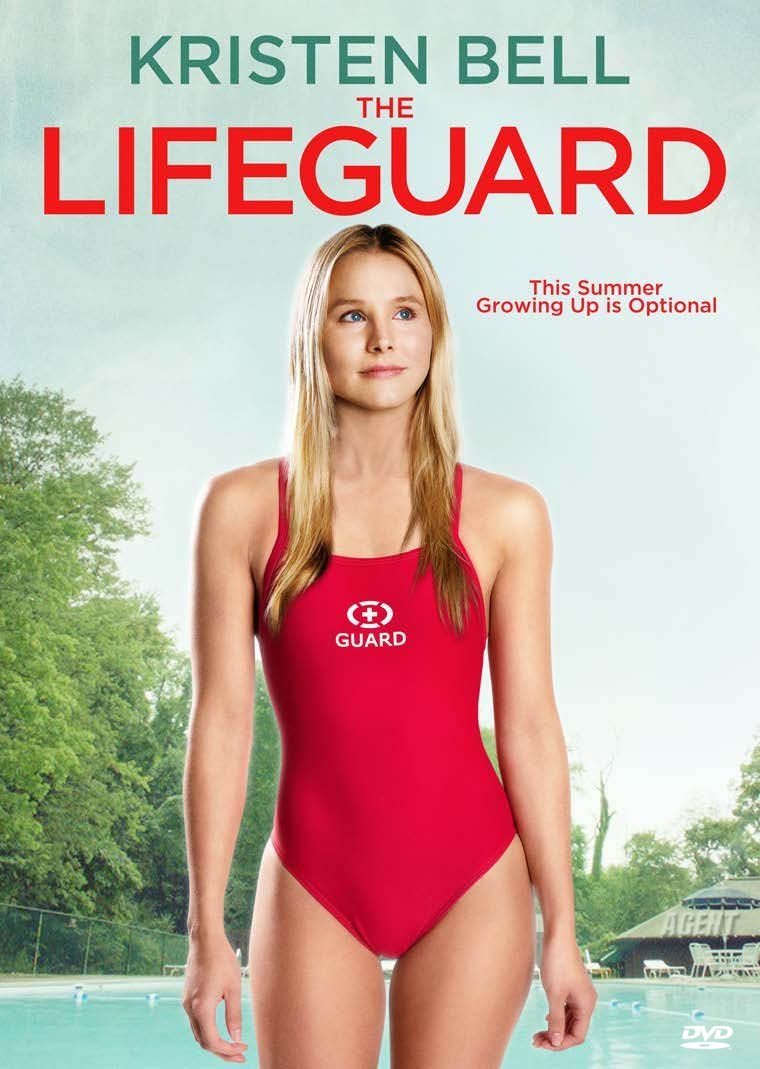 The Lifeguard is a completely heartbreaking and honest indie gem. It attracted me initially as an interesting character examination and something a bit different for Ms. Bell. It exceeded expectations. When embarking on the journey with our characters it held so much more raw emotion and grim and unsettling perspective. You go from witnessing a rough patch or life crisis to having complete empathy for our characters, feeling it all with them as the anxiety and dread build. It’s almost unbearable to see how things pile up and only seem to be getting worse for our already very lost and scared characters. We realize this is life. This isn’t just our confused protagonist; it’s everyone, young and old. No one really knows what’s right, but we all struggle for the answers among the chaos. Read the full review. 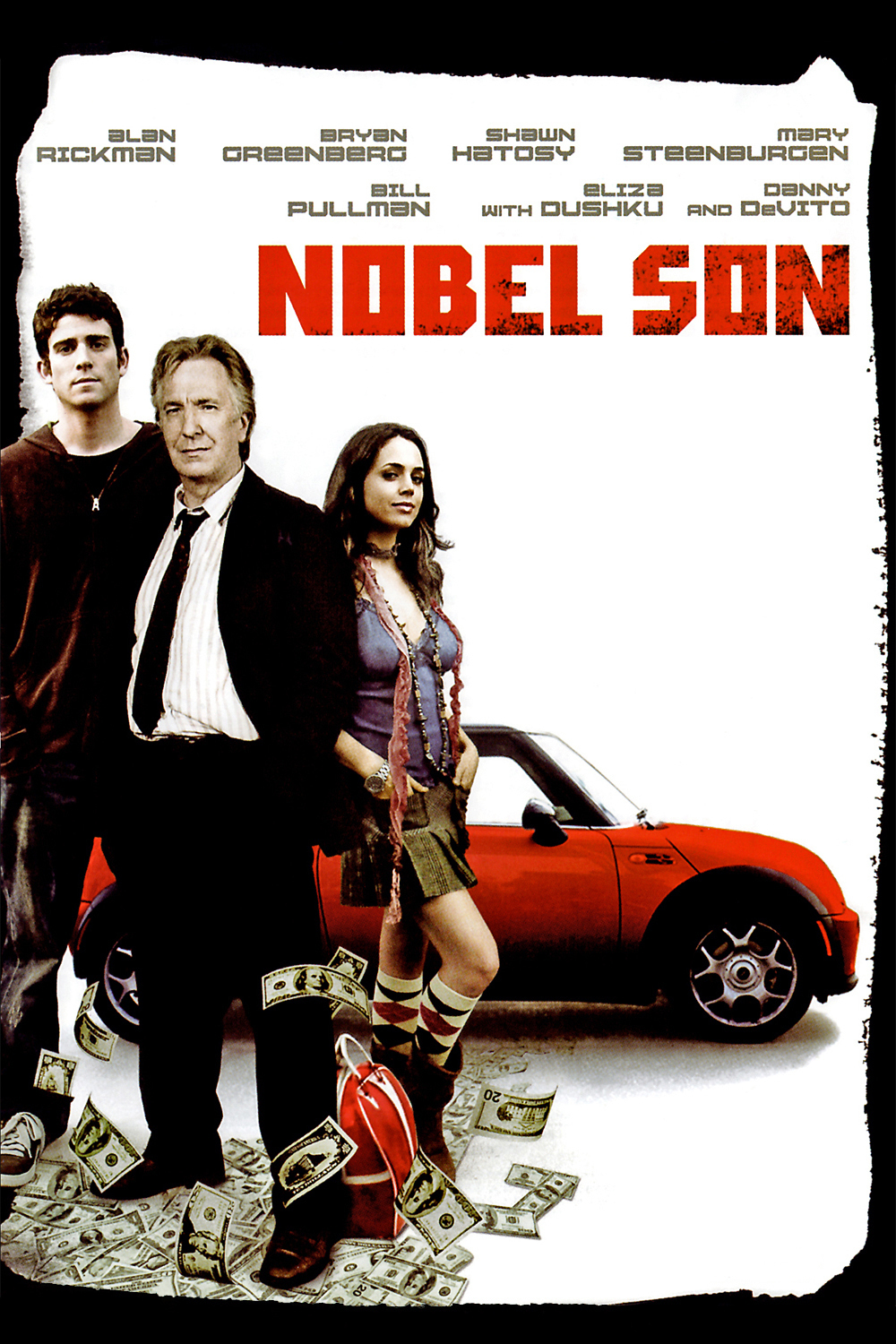 Nobel Son is a dysfunctional family film inside of a heist film. At times it over complicates itself by trying to have too many twists, an extremely elaborate chain of events, and highbrow conversations. The incredible cast never give us a chance to take this in to too much consideration. They work their magic and keep us glued to their every word, never knowing what they will do next. In the end, although there are flaws to be found, the motives of our characters and the message they produce with their actions is what leaves a lasting impression. Read the full review. 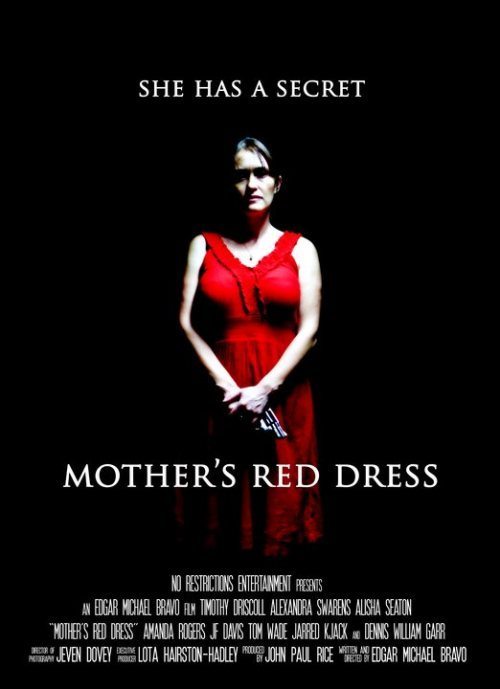 Mother’s Red Dress is the next feature from the collaborative team of writer/director Edgar Michael Bravo and producer, John Paul Rice. I admire and am intrigued with the very real life horrific issues, emotions, and  human struggles that the film is centered around. In the case of the mother, this spoke to me and made me yearn for more of her story. Unfortunately, most of the performances don’t portray this with the deserved mentality and emotions. The execution is holding all of the potential back. Having these meaningful intentions at hand has worked wonders in the past for this team and I will still be interested to see their future endeavors. Read the full review. 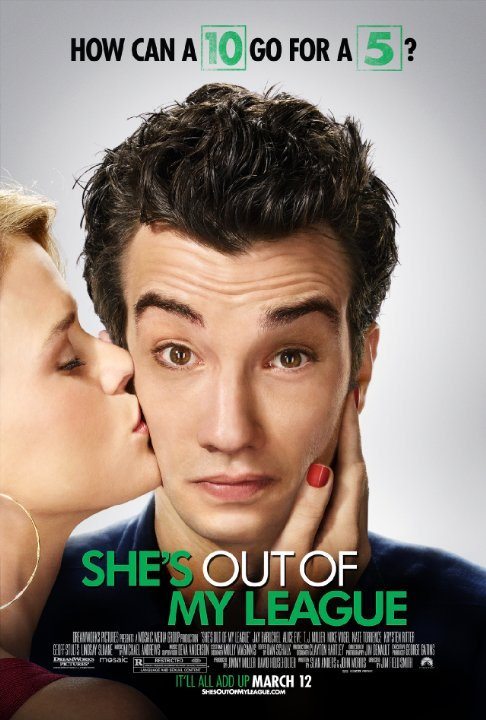 She’s Out of My League

The main thing that attracted me to She’s Out of My League was Jay Baruchel. He’s a great comedic actor with wide appeal. He’s really way overdue for the lead in a film like this. He carried the funny and rich college comedy TV series, Undeclared, which began nearly 10 years ago now. From the first 5 minutes Baruchel shows his incredible energy and stellar comedic timing. Surprisingly enough, there’s more to the film than just him. Hopefully some of the commercials spark people’s interest a bit more, because although I like the poster, it comes off as very bland and generic. This gave me the impression that it would be a funny and fairly enjoyable film but probably wouldn’t be anything all that great. She’s Out of My League really surprised me with just how good it was, giving me continuous laughs, great performances, and a good-hearted film. Read the full review. 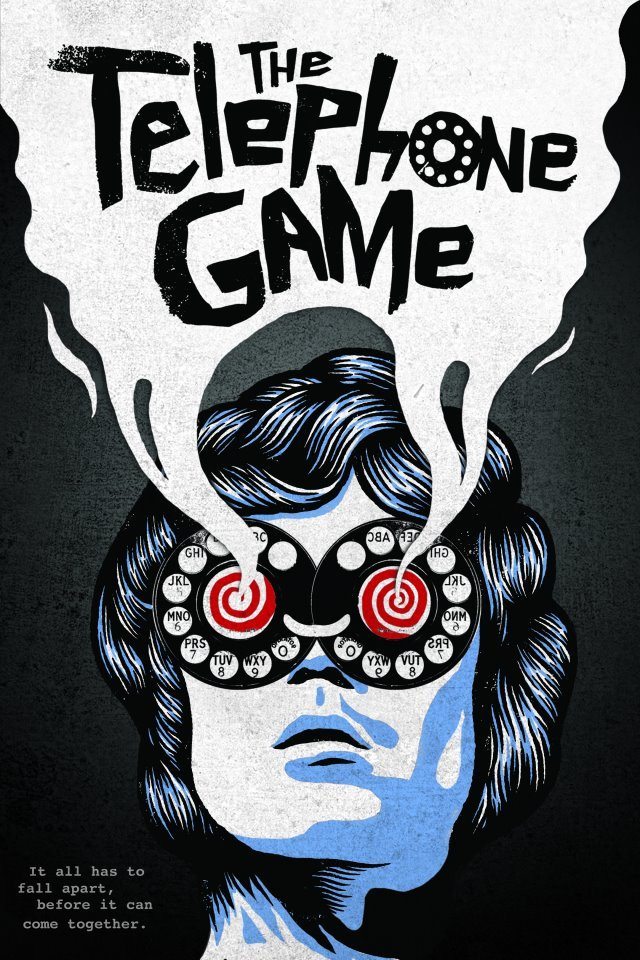 Directed By: Jason Schumacher
Written By: Jason Schumacher, Wes Tank (play)
Grade: B
The Telephone Game offers some interesting insight on writing, people, and the relationship between fiction and reality. Zelphia questions who Marco wrote himself after. He tells her there’s a little bit of him in every character; “everybody’s a little bit of everybody”. As a writer the whole world you create comes from your mind and those that surround you. If it’s not directly a piece of you in a character, it’s a piece of your experiences and how you see the world. The play is almost a character itself. It’s even bigger than its creator, having the ability to affect everyone involved for better or worse. The film really shows the struggles and hardships of putting on a production, just as how one can get so completely caught up in it. Read the full review. 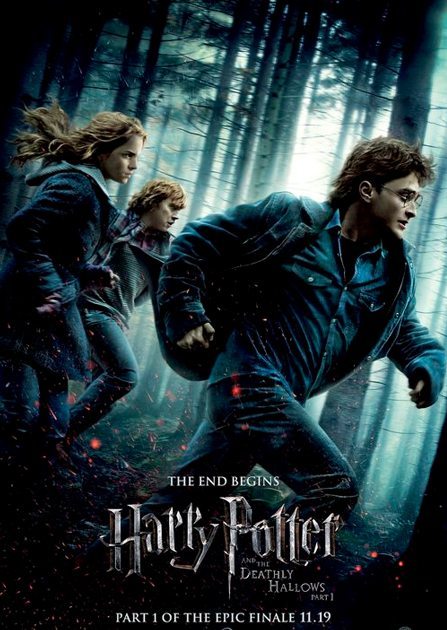 I have always been a huge fan of the Harry Potter films, but when they started taking a darker turn they escalated to a whole other level. The Deathly Hallows Part I is practically void of any light; darkness nearly filling it whole. In many ways it doesn’t feel like a Potter film, it’s vastly different than any that have come before it. In the last film, it ended on a very somber note with Harry and his friends seeming to be running out of their luck as they are faced with impending doom. Even though Voldemort is never destroyed at the end of any of the movies, Harry and friends somehow against the odds manage to save the day and set things right. This can only happen for so long, especially with Voldemort on the rise and followers flocking to him. Read the full review. 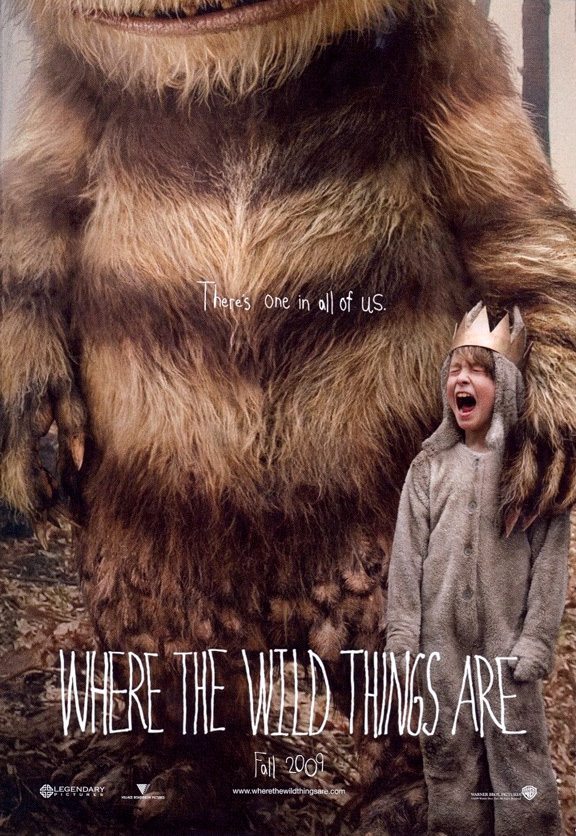 Where The Wild Things Are

Where the Wild Things Are has been one of the most cherished children’s books for decades and is a personal favorite of mine from my own childhood. It’s an imaginative tale of rebellion and escaping the mundane world for one of your wildest dreams. From the early production stills and trailer it was clear that this was going to be a beautiful adventure-filled movie. I had high expectations going in, but the film actually ended up beating those expectations to give me a truly exhilarating and blissful cinema experience. Few picture books turned in to movies draw you in so deeply and continue to be so fascinating throughout as Where the Wild Things Are does. In fact, most have such little material to draw from that the novelty in the idea is better than the actual film. Where the Wild Things Are actually expands on the original material while still representing the original story with such a youthful and true approach. Read the full review.