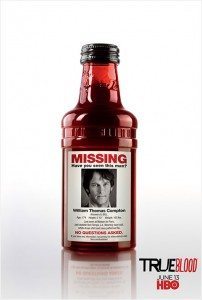 The third season opener gives us a lengthy overview on anything people might have missed or forgotten about since last summer. Sookie comes back eagerly to accept Bill’s marriage proposal only to find that he has been kidnapped. She tries to get help, but everyone is making light of the situation. All of the sheriffs in Bon Temps seem to think either he’s just taken a hint from Sookie and is keeping his distance or that he’s just simply not a priority since he’s not human. Sookie knows something is wrong and refuses to give up though. She gets Jessica to help her, who got shivers upon Bill’s disappearance and might be able to track him done with her connection to him. Jessica is dealing with enough herself though, desperate to get Hoyt back, but ends up brushing him off to deal with a dead body. Even revamping him doesn’t seem to do the trick. Read the full review, 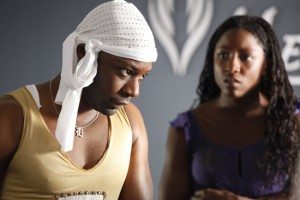 The title, Beautifully Broken, really speaks a lot to Jessica and Tara’s story lines. Jessica, still a fairly new vampire, is lost and doesn’t know what to do without her maker. The deadly nature she clearly has inside of her has made her afraid to let herself get close to Hoyt again even though he is extremely understanding of everything and fighting to win her back. She physically doesn’t know how to hold back and knows what she has already done could endanger her greatly. Read the full review. 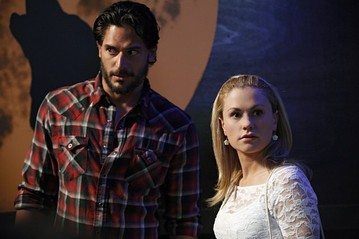 Unsurprisingly, Eric manages to effortlessly stop the werewolf who broke in and attacked Sookie. First, he tries to force information out of him. He refuses, insisting that he would be as good as dead if he gives anything up and that they might as well kill him now. Eric doesn’t hesitate at this and violently tears in to the were’s flesh. It’s times like this that I’m really happy that the show is on HBO and not basic cable. These moments of gory goodness and any excise for Eric shows a little skin is always welcome. With a show like this there’s something for everyone; sexual allure, gritty violence, intriguing suspense, interesting characters and story lines, and plenty of social and political commentary. They really don’t have to hold back on anything. Read the full review. 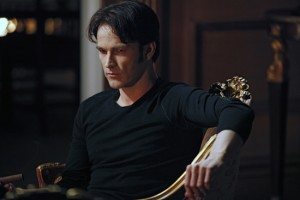 The beginning of this episode surprised me, making Bill’s storyline more compelling. As far as Sookie knows Bill is done with her and is just as passionate towards Lorena as he was all those years ago through deceit and domination over their human victims. Bill claims he never wants to see Sookie again and it’s better for them to stay apart. Of course, this isn’t because Bill was desiring Lorena and being unfaithful. He is doing this to protect Sookie so his reasons are noble, but it still paints him as a more flawed character. At the very least it creates conflict in their relationship and opens things up for the other charming supernatural men in her life. Read the full review. 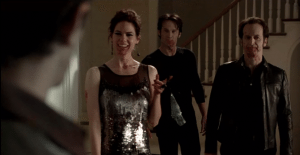 Alright, it’s official; True Blood is better than it has ever been before. I would say it has reached its peak, but as someone who has read the books I know there is a ton of incredible material for the writers to work with in the future that will just make the series better and better as it goes on. All of the storylines are completely enthralling and often quite hilarious with the dark humor it embodies. All of the new characters are fitting right in and previous characters are being developed and taken in new directions. Read the full review.

This week’s episode of True Blood damn near hits perfection, surprise surprise. We are finally getting closer to the books regarding Bill’s situation. When Bill was a prisoner he had a pretty cushy prison with “warm blood bisque infused with petals and blood gelato”. Bill has now proven himself disloyal to the King and therefore has been sentenced to die. His executioner? Lorena. The two have a past full of passion and violence. Lorena is devastated that she has to end Bill’s life. She still draws it out despite the pain that both of them are experiencing since it’s a chance for her to draw out his last moments with her. Read the full review. 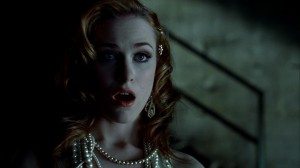 Things really start getting intense in the True Blood world as Sookie is desperate to save Bill no matter how grim his survival is looking. Sookie and Lorena battle it out over Bill. Lorena does arguably have more on the line since she was commanded to end Bill’s existence and him being rescued really isn’t an option for her no matter how passionately she still feels for him. The truth is the two completely loath each other and they can’t help but jump at the opportunity to be at each other’s throats, literally. The place is swarming with the King’s werewolves, particularly Alcide’s bitter and transformed ex, Debbie, and her new animalistic lover. Debbie unleashes a serious amount of crazy, putting them all in a direct life or death situation as her anger and jealousy grab hold of her. Read the full review. 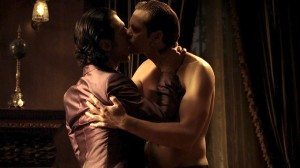 In Night on the Sun Sookie, just awoken thanks to Bill’s blood, ends things with her and Bill. There’s too much for her to forgive. Bill knows she will never have the normal life that she desires with him. Those around her are far more enraged by Bill’s actions than Sookie is. Tara only sees Franklin and the essential mental and physical torture he put her through when she sees Bill. Jason also feels that there is no room for forgiveness and even tries to get Bill arrested…or killed. Jason panics when Andy insists against this in hopes of keeping Jason’s last murder buried. Sookie begins to pick up on their thoughts and realizes Jason has been hiding something from her. Read the full review. 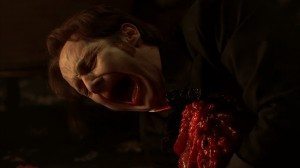 Eric tries to make an escape after murdering Russell’s lover. He’s been planning this for a thousand years, but still doesn’t want to drag Pam in to anything. Eric really doesn’t have the option of hiding out now that there have been complications within the politics of the vampire community. The ratification for the vampire rights amendment is at hand, but Nan Flanagan takes a break from politicking to question Eric about the missing magister. He manages to turn the attention to Russell, which can still be considered treasonous. Eric is the easier target to go after. If they don’t go after Russell, Eric will have to face the ultimate death. Read the full review. 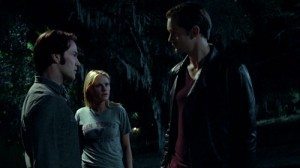 After dragging out Sookie’s true identity for three solid episodes, I Smell a Rat finally reveals the truth about Sookie without wasting any time. In the interest of not giving away any huge spoilers I won’t say what she is, but it identifies a whole other breed of supernatural that has only really been hinted at before. When her identity comes out the dangers that her nature brings comes up. Bill’s the one who tells her this, but Eric makes it clear that she shouldn’t trust him (which leads us to a very heated and in your face Bill and Eric argument.) Sookie isn’t so sure if she should trust Eric either, but he has a way of getting inside of her head. Read the full review. 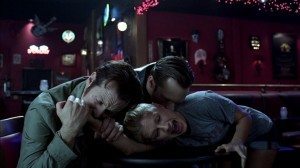 From the beginning it was clear that Eric had something up his sleeve. Just what that is comes out during one of the typical True Blood mind blowing endings. Russell is a great, compelling, creepy character, but I’m fine with him dying; Eric not so much. Alright, that’s a huge understatement; Eric is the best character the show has and all the future compelling material would be impossible without him, which is part of the reason I wasn’t too broken up with what happened. Even if Russell has faced the ultimate death, I don’t believe that Eric has. I’m just curious to whether there is still another trick surfacing or if it’s someone else who saves him. Two of our other main characters are in very bad condition, leaving them all in weak, desperate states. Read the full review. 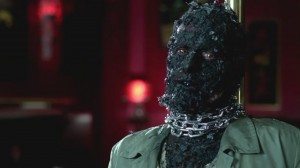 Picking right up where last week’s major cliffhanger left off, Eric and Russell are outside of Fangtasia in broad daylight. Eric bound Russell and himself, believing that killing himself was the only way for him to kill Russell. As their skin is turning to ash Eric has a vision of his maker, Godric, who faced the ultimate death this same way. He urges Eric to forgive Russell since the final death is about peace, not hate. Despite Eric’s respect for Godric this is something he can’t get himself to do.  Read the full review.